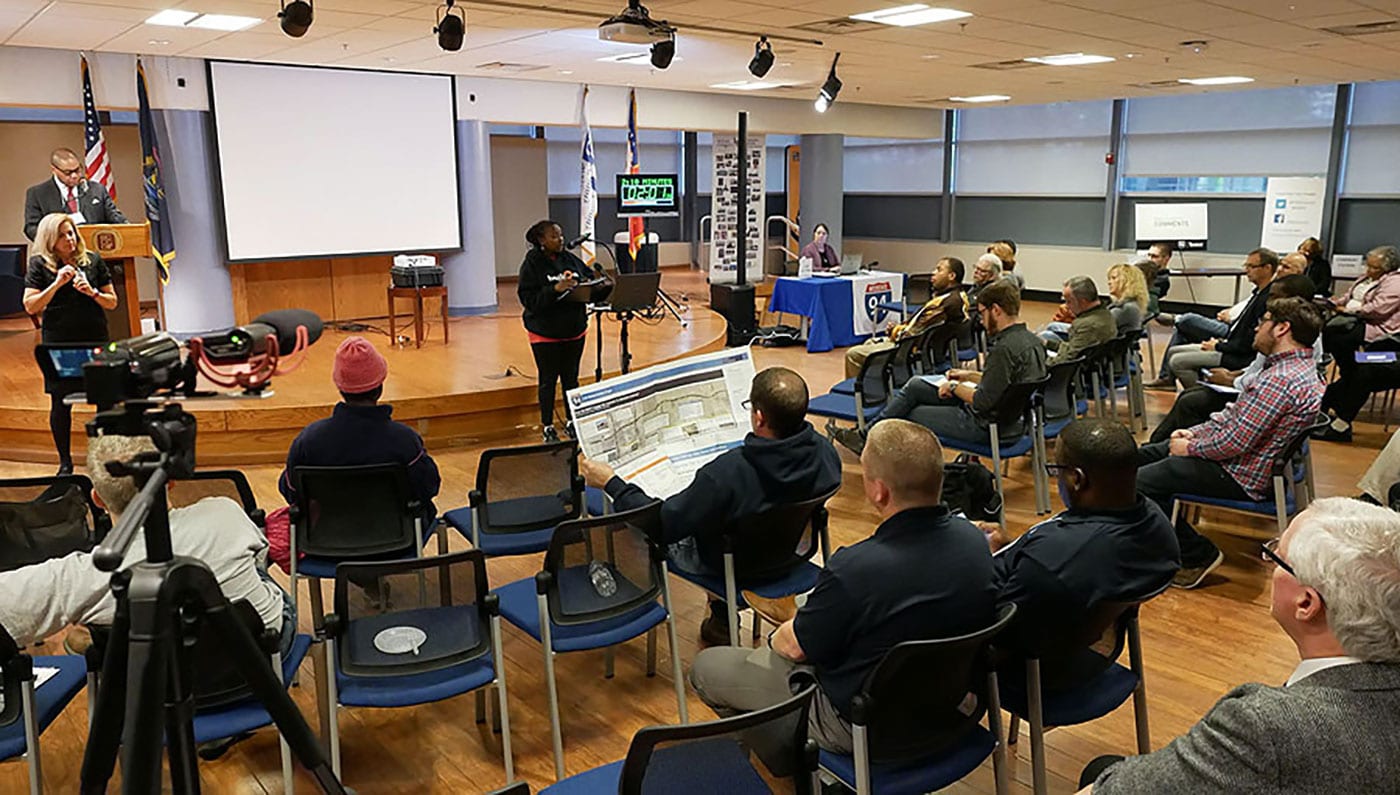 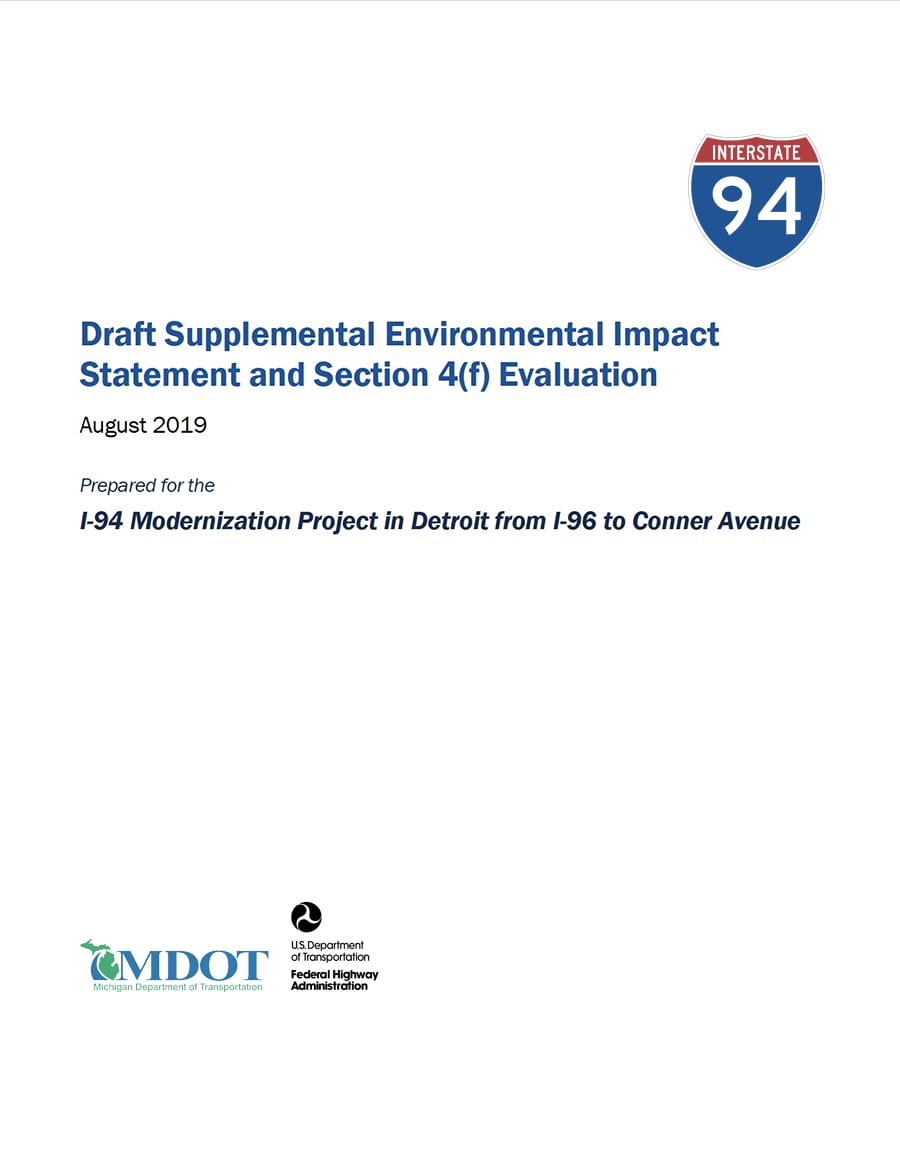 To view/download the DSEIS, click on the links below.

MDOT released a Draft Supplemental Environmental Impact Statement (DSEIS) for the proposed modernization of I-94 in the city of Detroit in August 2019. The Draft SEIS (DSEIS) was made widely available for a 45-day public and agency review and comment period, which concluded on October 31, 2019. MDOT held a public hearing on Thurs., October 10, 2019. The comments received are summarized in the Final SEIS and Record of Decision (Combined FSEIS and ROD).

The project is located east of the I-94/I-96 interchange to east of Conner Avenue, along M-10 from Martin Luther King, Jr. Boulevard to Seward Avenue, and along I-75 from Warren Avenue to Custer Street in Wayne County.

The purpose of the project is to improve safety, capacity, local connectivity, and the condition of I-94 and its service drives, bridges, and interchanges and to address operational deficiencies on I-94 in Detroit. Pending approval of the SEIS, major roadwork is expected to start in 2023.

The SEIS describes and analyzes construction alternatives and the measures taken to minimize harm to social, economic and environmental resources in the project area.